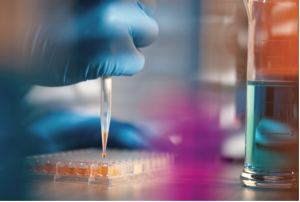 Goal: Understand the impact of chemical disposition within in vitro test systems across a broad range of chemical categories and develop a computational model to predict differences between the “nominal” concentration of a chemical compared with “true” concentration in the media and cells.

8. Performance Based Validation of Alternative Test Systems and Models

Goal: Develop an evaluation framework for the development of performance standards which can be used to establish confidence in alternative test systems and models.

Goal: To add xenobiotic metabolism capability to existing Tox21 assays so they provide more accurate and informative data regarding in vivo activity.

Goal:  To improve the prediction of adverse drug effects by using additional assays that can probe toxicologically important targets and pathways that are not captured in current Tox21 testing.

Goal:  To generate chemical reactivity information for the Tox21 10K library and determine which chemicals are electrophiles.

Goal:  To mine bioactivity profiles from the ToxCast/Tox21 portfolio for retinoid transporters, metabolism, receptors, and responsive pathways that can be formally integrated with embryological knowledge to generate data-driven models of the microphysiology of the retinoid system and provide predictive toxicological information.

14. Investigation of Environmental Determinants of Pubertal Timing in Girls

Goal: To identify compounds that activate or inhibit the gonadotropin-releasing hormone (GnRH) neurons that control pubertal timing in girls.